Marketing to Seniors: Social Media Tips to Appeal to the Older Demographic

Marketing is often centered on getting the attention of younger generations. Advertisements typically feature people in their 20s, 30s, and 40s. People over the age of 55 in commercials and billboards are rare. If they do appear, they are selling a new health supplement or a new device that promises to ease discomfort from a chronic illness.

Ignoring seniors in marketing is a mistake. More brands should strive to reach consumers in their 50s.

One particular area of concern is online marketing. Most people think that the internet is a playground only for young people. After all, it is the Millennials and the Gen-Z generations that grew up with search engines and social media. They are more comfortable navigating the digital landscape compared to Boomers.

While it is true that the internet is so intertwined with the everyday lives of young people, Gen Xers and Boomers are online, too.

The aging population is present on every social media channel. However, the most popular site for the older demographic is Facebook.

In fact, according to Pew Research, 72% of internet users who are between the ages of 50-64 are on Facebook. About 62% of the 65 and older range uses the social media site.

YouTube is also extremely popular among older Americans. About 54% of seniors watch videos online. About 82% of Boomers prefer to watch videos on YouTube.

Although Twitter has fewer users overall compared to Facebook, some brands found success in the site, too. Pinterest is a hit among all age groups, but it is more popular among women than men.

Creating video content is the fastest and most effective way to communicate a message to seniors. Video is also more memorable than text or images.

About 80% of viewers say that they remember a video ad they watched in the last 30 days.

Moreover, according to research conducted by Google, three in four older internet users have taken an action after watching a video online. Nearly half of them searched for further information on the internet, 39% clicked on a link, 38% forwarded the video to someone else, and 32% watched similar videos. Use Appropriate Language and Tone

Marketers should always use language and tone that seniors will understand. While Millennials and Gen Z appreciate humor and a more casual tone when communicating with brands on social media, Boomers may not.

Using internet slang and jargon may not go well with older adults. Not everyone can keep up with the latest memes going around social media sites. Keep the descriptions simple and the instructions clear if your audience is mostly seniors.

However, be careful about your tone across all channels. You should be patient without being patronizing or condescending.

Not all brands are ignoring consumers over the age of 55.

Maye Musk, a model and mother to Tesla and SpaceX CEO Elon Musk, is a brand ambassador for Cover Girl. She has over as of this writing. She has over 377,000 followers on Instagram.

Celine, a luxury fashion brand, made waves in 2015 when it named Joan Didion, a renowned novelist and essayist, as its latest poster girl.

In 2016, Nike, a brand that sells athletic shoes and apparel, features Ironman athlete Sister Madonna Buder, in its Unlimited Campaign.

These ads had an impact on consumers over the age of 55. However, young people also responded positively to the campaigns.

Talk to Them, Not Their Kids

Unless the individual has dementia, older consumers can still make decisions on their own, especially on the products and services they acquire. Brands should, therefore, speak directly to consumers, not persuade young people to purchase on behalf of their aging loved ones.

This will make them feel respected and valued by the brand.

Older consumers are being ignored in marketing and advertising, but a brand will reap benefits by including older generations in campaigns. People over the age of 55 are still making purchases. Brands that neglect them are losing potential revenue. 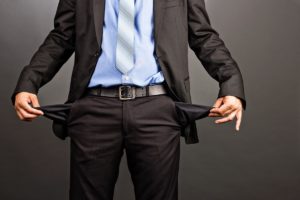 How Businesses Can Survive the New Normal 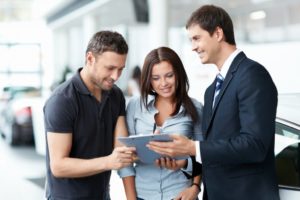 Making the Sale: How to Become a Great Sales Rep 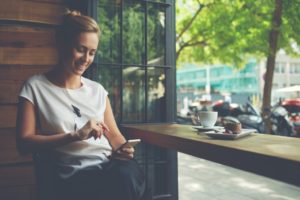 Mood Booster: Improve Your Mood by Changing Your Environment